Who said you have to part with money to play the Diep.io game online? Well, just like other online .io games, gamers can also play Diep.io game for free. Diep.io free game provides tank war game to all players on the Internet.

Diep.io game is a free online multiplayer game that involves destroying enemies. Your main task when playing the game is to control a small and weak tank until it develops into the largest item by destroying other opponents. This means that it somehow shares the same features as the Slither.io game. However, the main difference is that when playing Diep.io free game, you need to show some wonderful skills dodging and dashing at the right time for you to survive and develop.

Knowing a few useful tricks and tips can go a long way when it comes to playing Diep.io free game. Make use of the following tips and you will be better placed to destroy your enemies, get more shapes, become more developed, and win more XP points. 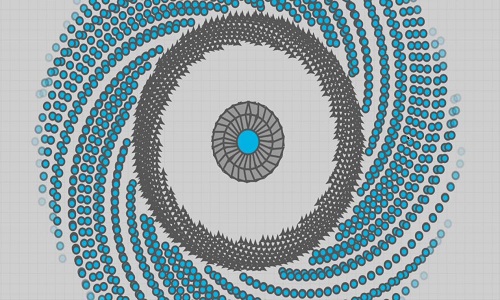 Before you can start controlling a tank, which is a blue circle with some small square attached to it, you need to type your username first in Diep.io free game. You can then control a tank and shoot down visible obstacles, including pentagons, triangles, and squares. Use the mouse to move and aim at every target. To attain enough XP for a bar so you can level up, tap the space bar or left mouse. To shoot continuously at your enemies, hold either the mouse or Spacebar.

What Does Diepio Sandbox Comprise Of?