With this selection, you can attack body damage-based tanks and low reload tanks, you need to be careful of landmine. You can kill Tri-Angle and Hybrid Destroyer easily because of drones and blue triangles.

With this selection, you can attack from next. You don’t need to attack from far but you need to use body damage which kills enemies with a single touch.

This tank can be used to lock down an area completely, as the combination of traps and drones is more than enough to scare away enemies. As for most classes, you should stay far away from this tank if you want to attack. Bullet speed will help you shoot from afar. Never directly approach this tank, purposefully or accidentally, as you will surely die. Alternative to this tank is the Diep.io gunner trapper tank.

Weak against: Branches of Assassin, Hunter, Overlord, and Manager. 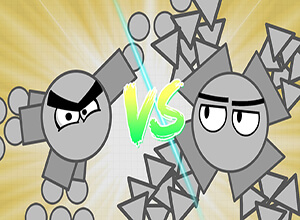