Diep.io comprises several tiers. The tiers are also known as the levels or stages of the game. Based on the levels of the game, you will find the tanks. The tanks have different colors. Today, we are going to discuss Diep.io class guide to increase players’ knowledge of the game.

In the Diepio classes tree the first ring comprises Tier 2 (Level 15) tanks, the second ring has Tier 3 (Level 30) tanks, and the outermost ring contains Tier 4 (Level 45) tanks. Areas shaded black on the tree indicates an unavailable upgrade. The first Diep.io tank has a light blue background. The second tank is green. The third tank will be red. The fourth tank is yellow. The fifth is dark blue and the sixth is purple.

Once you reach Diep.io level 15, the player then gets an option to upgrade to Tier 2 specialization such as Twin, Sniper, Machine Gun, or Flank Guard. Once the player reaches level 30 they could choose from Triple Shot, Quad Tank, Twin Flank, Assassin, Overseer, Hunter, Trapper, Destroyer, Gunner, Tri-Angle, Quad Tank, Twin Flank mirrors, Auto 3 features, and Smasher. After level 15, you will see level 30 tanks but these tanks are not more powerful than level 15 tanks because it is the subclass identification at level 30. After level 30, you will observe level 45 on Diep.io class guide. 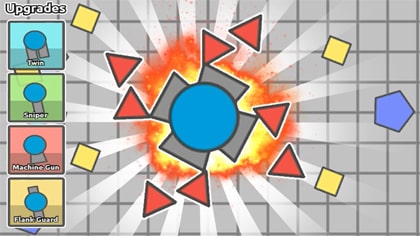 Level 45 Is The Final Tier

Level 45 is the final tier that most tanks are able to reach and is also the final level that any player can reach. However one can press H in Domination game mode to become Diep.io dominator, which is fixed at Level 75. However, for every upgrade you chose, you must choose carefully as the rest of the upgrades would largely depend on your choice of initial upgrade. So let the game begin! 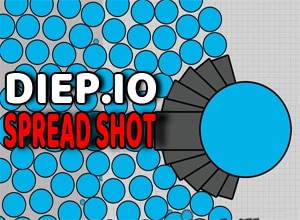 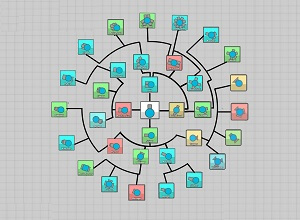